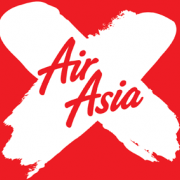 The initial schedule for this new route is 4 flights per week with departures from Kuala Lumpur on Mondays/Thursdays at 9:00am and Wednesdays/Sundays at 1:05am.  This route will be served by an Airbus A340 aircraft with a capacity of 327 passengers, including 18 premium flat-bed seats.

AirAsia X is the long haul affiliate of AirAsia and serves destinations more than 4 hours away from Kuala Lumpur.  AirAsia X currently flies to 14 destinations including the Middle East, Japan, Australia, and India.  Paris will be their second destination in Europe, as they already fly to London, England.

The promotional fares to Paris are available exclusively for online bookings at www.airasia.com. AirAsia can be contacted by phone at (60) 3 2171 9333 in Malaysia and potential travelers in France can contact the new AirAsia X Hotline at (33) 01 7048 0722 during local business hours. 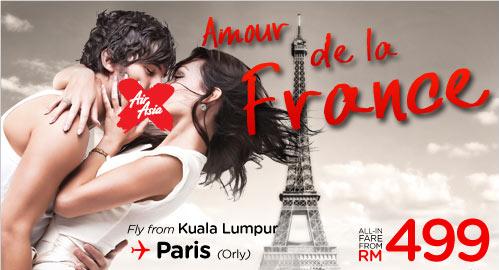