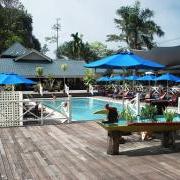 The Royal Mulu Resort in Sarawak is offering the Do Mulu Package from now till 31 March 2011. The two-nights package is priced at MYR1,100 (USD345) nett for a Deluxe Room for two persons. The highlight of your stay includes a guided tour of four caves at the Gunung Mulu National park, a UNESCO World Heritage Site, including the renowned Deer Cave, once the largest single cave passage in the world. Other caves included in the tour are the Lang Cave, the Wind Cave and the Clearwater Cave.

All meals are provided daily, including a packed lunch on the day of the tour. Dinner is served at the Wildflower Restaurant to the accompaniment of a cultural show. Also included are return airport transfers and the complimentary usage of the resort’s kayaks or mountain bikes for one hour. Besides caving, other activities available in the area include river safari, nature walks and rock climbing.

The Royal Mulu Resort is styled after a traditional longhouse common in parts of Malaysia and Indonesia. Set amidst spectacular limestone karst formations and tropical rainforest, the Gunung Mulu National Park is in Malaysian Borneo near the border with Brunei. 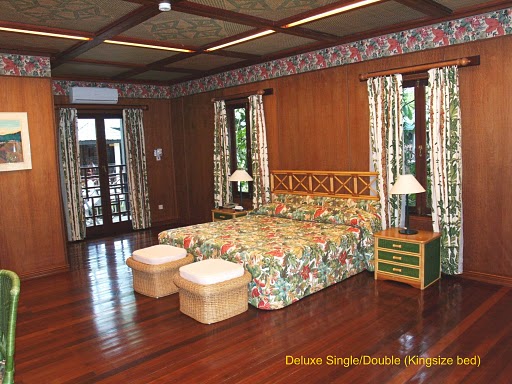